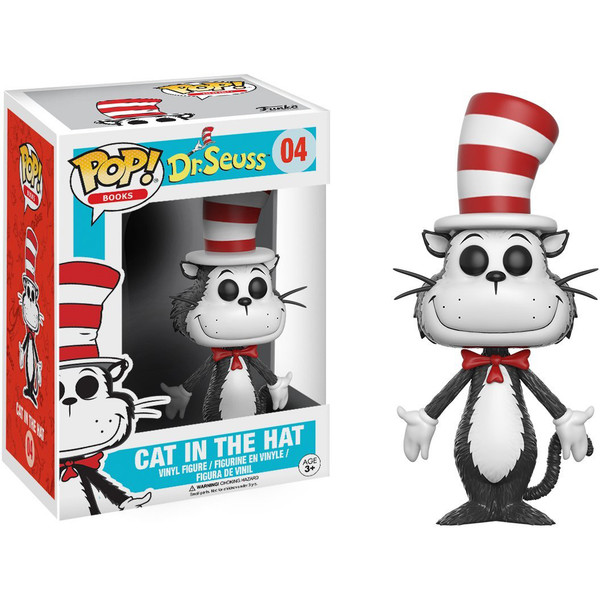 This Cat in the Hat figure is released by Funko in their POP! Books x Dr. Seuss Vinyl Figure series.

The POP! Books x Dr. Seuss series features characters from the works created by Theodor Seuss Geisel under the pen name Dr. Seuss. His work includes several of the most popular children's books of all time.