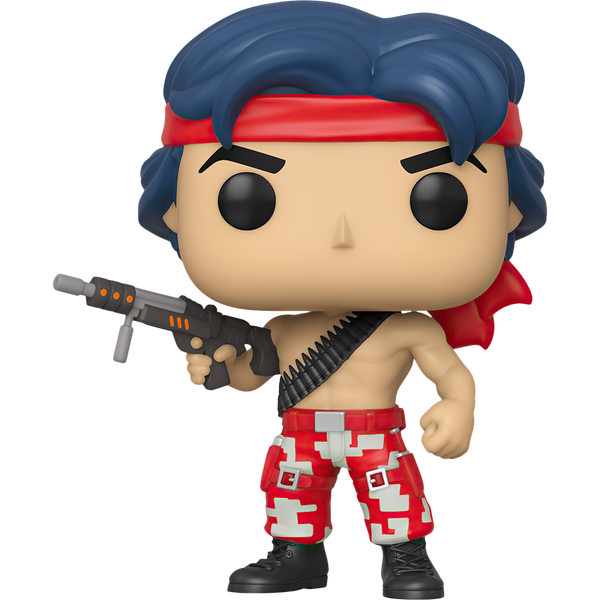 This Lance Bean figure is released by Funko in their POP! Games x Contra figure series.

The POP! Games x Contra series features characters from the run and gun video game franchise. According to the original promotional materials, Contra is set in the distant future of the year 2633 A.D., where the evil Red Falcon Organization have set a base on the fictional Galuga archipelago near New Zealand in a plot to wipe out humanity. Two commandos, Bill Rizer and Lance Bean of the Earth Marine Corp's Contra unit (an elite group of soldiers specializing in guerrilla warfare), are sent to the island to destroy the enemy forces and uncover the true nature of the alien entity controlling them.