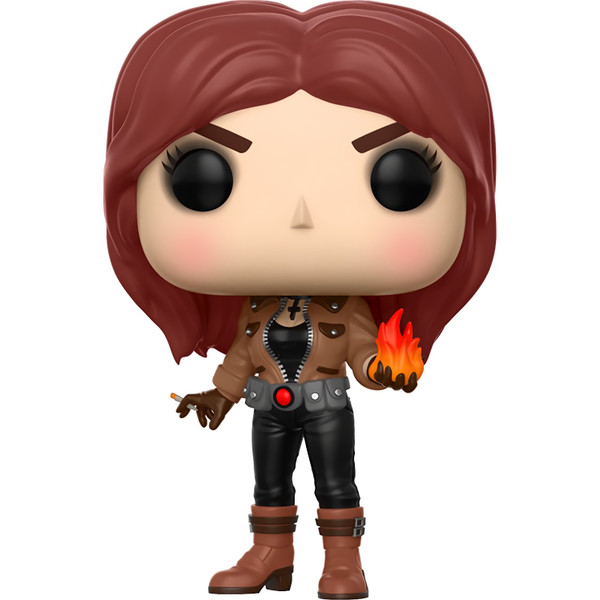 The POP! Comics x Hellboy features character from the superhero franchise that focuses on Hellboy, a well-meaning half-demon whose true name is Anung Un Rama. Hellboy was summoned from Hell to Earth as a baby by Nazi occultists (spawning his hatred for Nazis). He was discovered by the Allied Forces; amongst them, Professor Trevor Bruttenholm, who formed the United States Bureau for Paranormal Research and Defense (B.P.R.D.). In time, Hellboy grew to be a large, red-skinned adult with a tail, horns (which he files off, leaving behind circular stumps on his forehead), cloven hooves for feet, and an oversized right hand made of stone (the "Right Hand of Doom"). He has been described as smelling of dry-roasted peanuts. Although a bit gruff, he shows none of the malevolence thought to be intrinsic to classical demons, and has an ironic sense of humor. This is said to be because of his upbringing under Professor Bruttenholm, who raised him as a normal boy.