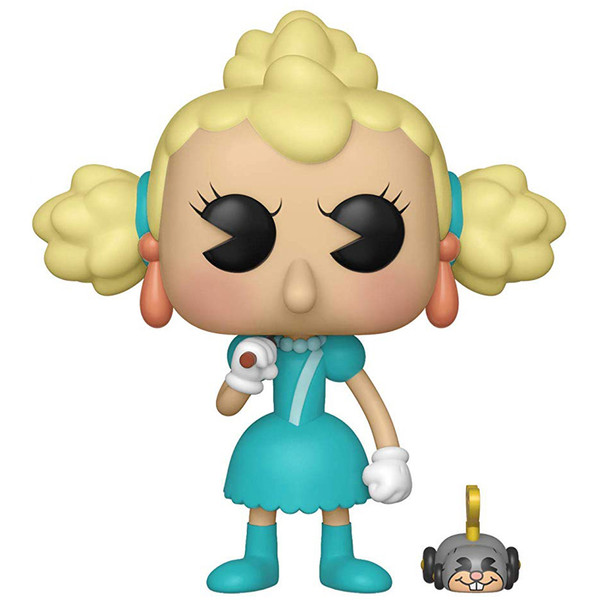 This Sally Stageplay figure is released by Funko in their POP! Games x Cuphead figure series.

The Funko POP! Games x Cuphead features characters from the run and shoot platform side scrolling video game of the same name. The game features Cuphead and Mugman as they battle to repay debts to the Devil!