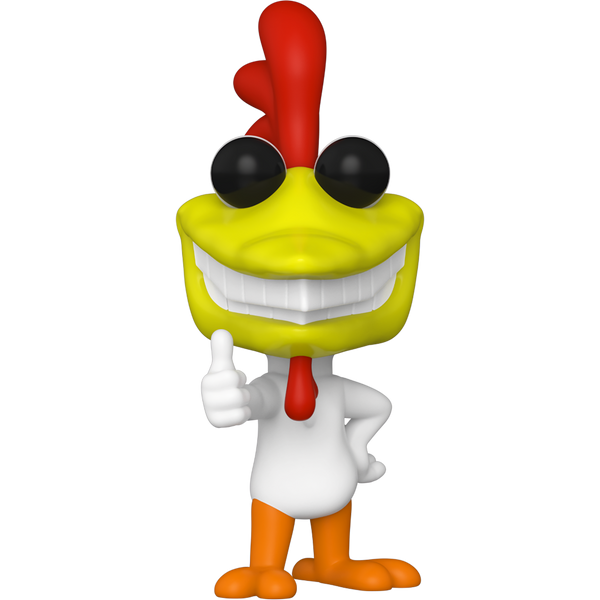 The POP! Animation x Cow and Chicken series features characters from the American animated comedy that follows the surreal adventures of two talking animal siblings, Cow and Chicken. They are often antagonized by the Red Guy, a cartoon version of the Devil who poses as various characters to scam them.