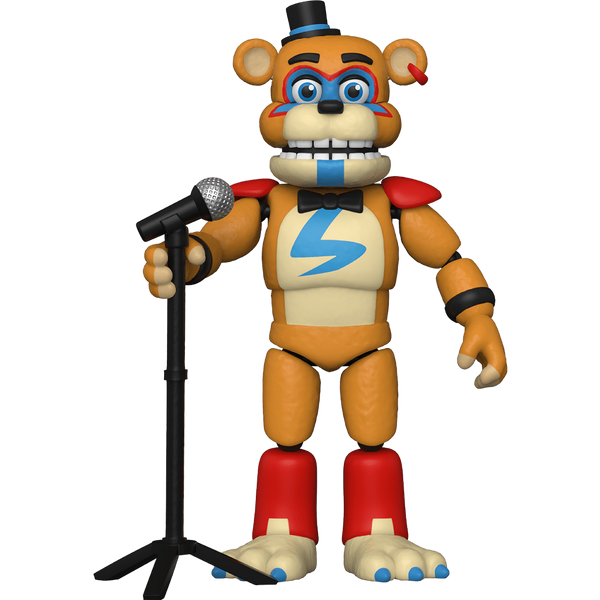 Five Nights at Freddy's: Security Breach has unleashed a whole new range of terror with a glam rock twist. Will your FNAF collection survive after the Roxanne Wolf action figure steps amidst the other animatronic figures?

This Articulated Figure series features characters from the popular video game designed in ~5" scale (NOTE: Due to the unique design of each character, the actual size of the figure may be slightly smaller or bigger than stated).