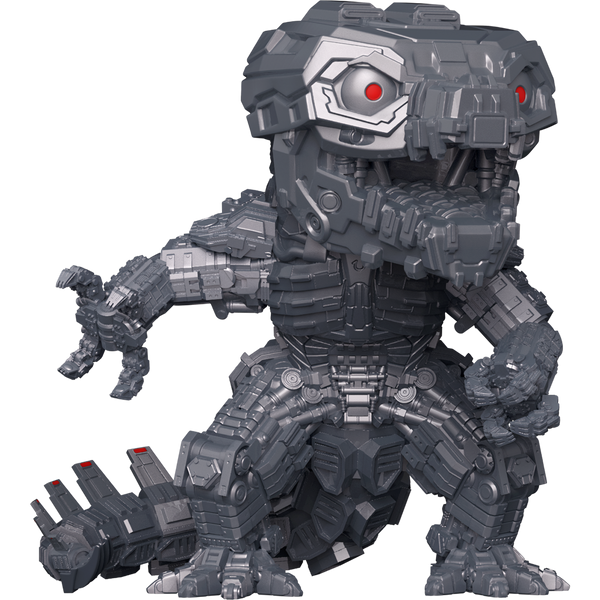 This Mechagodzilla vinyl figure is released by Funko in their POP! Movies x Godzilla vs Kong vinyl figure series.

The POP! Movies x Godzilla vs Kong series features characters from the fourth film in the MonsterVerse. In the film, Kong clashes with Godzilla as humans lure the ape into the Hollow Earth to retrieve a power source for a secret weapon to stop Godzillaa's mysterious rampages.