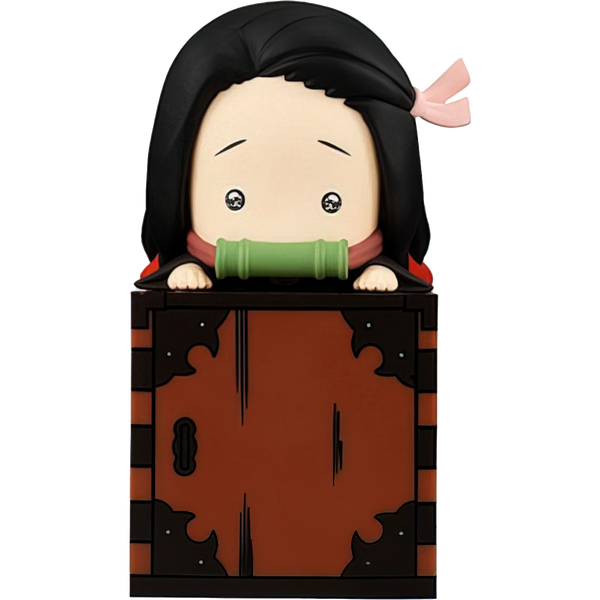 This Nezuko Kamado figure is released by FuRyu in their Hikkake x Demon Slayer mini-figure series.

This line of figures from FuRyu is released as a line of JAMMA Prizes -- often given out through UFO Crane machine in arcade store. Since it is so difficult to obtain the prizes, they are often greatly sought-after even in Japan. The Hikkake line is crafted in higher quality than other JAMMA Prize product line.

Nezuko Kamado (竈門禰豆子) is the younger sister of Tanjiro Kamado and one of the two remaining members of the Kamado family. Formerly human, she was attacked and turned into a Demon by Muzan Kibutsuji. She is one of the main protagonists of Demon Slayer: Kimetsu no Yaiba.