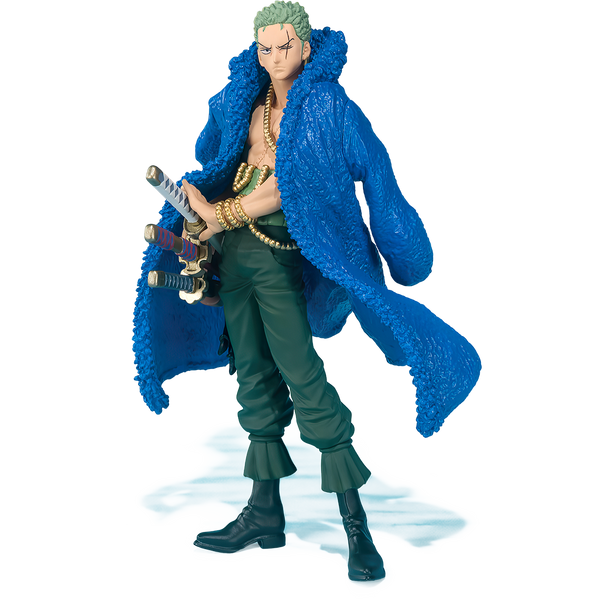 This Roronoa Zoro figure is released by Bandai Spirits in their Tamashii Box x One Piece Mini-Statue Figurine series.

The first release is a set of ONE PIECE figures based on an illustration produced for the 20th anniversary in 2017. Originally released in FiguartsZERO form, the Straw Hat Pirates are now back in an even easier to collect price and size!

Figures in this series are approximately 2 to 7 inches, depending on the design of each character. Some of the fugures include stands.