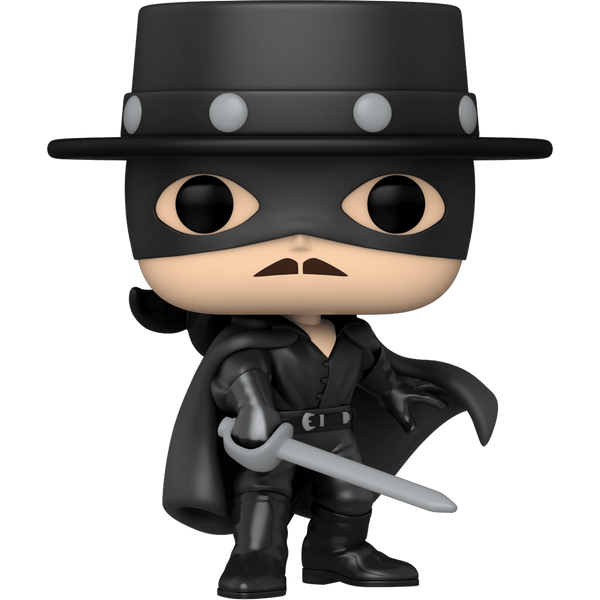 Celebrate the 65th Anniversary of Zorro, the original television series of the masked swordsman seeking to overthrow tyrants of the land. Complete your commemorative television collection with the mononymous hero as a Pop! figure.